Interstim therapy is a form of neuromodulation for treating an overactive bladder or fecal incontinence or non obstructed urinary retention.

This treatment is very effective in reducing sudden urge to urinate and the incontinence that may accompany that urge. It also greatly decreases urinary frequency and nighttime voiding episodes. Neuromodulation for these problems has been FDA approved since 1997.

Typically, the procedure consists of 2 phases. The first is a test phase usually done in the office. This step is to ensure the success of the procedure. Assuming the test is successful the 2nd step is a system implant. This is typically done as an outpatient at a surgery center. It is basically the same as the first step with the addition of implanting a stimulator similar to a pacemaker. These implants are MRI friendly, & rechargeable. 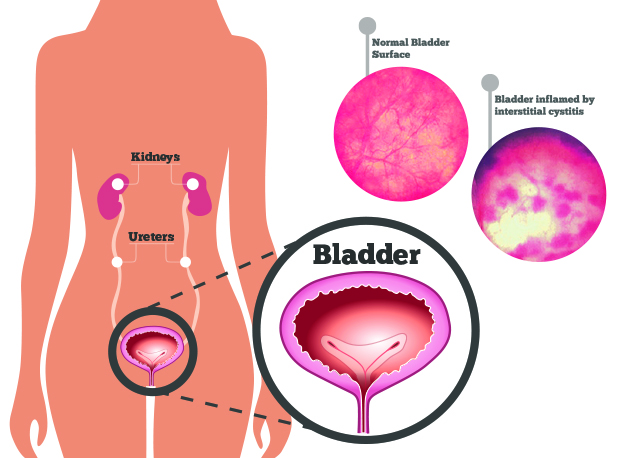 The severity of the pain ranges from mild to severe, and other associated symptoms may be present, including:

Signs and symptoms of interstitial cystitis

Many people confuse the symptoms of interstitial cystitis with endometriosis, ovarian cysts, and other infections that affect the pelvic area.

With that said, the following symptoms may reveal interstitial cystitis:

Note that interstitial cystitis presents in an episodic pattern, meaning that patients may go through a time with no symptoms, then suddenly develop severe signs of infection.

The underlying mechanisms that explain interstitial cystitis are not entirely clear. This is due to the scarce evidence of bacteria and fungi during microbial cultures and the nonspecific pattern on tissue biopsies.

Some physicians believed interstitial cystitis was the long-lasting symptoms of a cured urinary tract infections; however, the evolutive pattern of this disease and the phases of remissions and relapses revoked this hypothesis.

Today, there are several theories that explain the causes of interstitial cystitis, including:

After a urinary tract infection (UTI), the immune system gets rid of the bacteria or fungi that caused the infection. However, the inflammatory response triggered by these pathogens will last for a bit longer.

Some scientists believe that post-infectious inflammation is the main process that explains interstitial cystitis.

The theory of mast cell activation states that these cells get overactivated, leading to the excessive production of histamine and other pro-inflammatory substances, which promotes the infiltration of immune cells into the walls of the bladder.

Researchers who believe in this theory suggest that a dysfunctional immune system produces cells and antibodies that target the nerve cells found in the bladder.

Modification of the bladder’s nerve cells

While the theories above do not describe the same underlying mechanisms, they all believe the final step is the modification of the nerve cells found in the bladder.