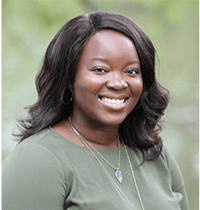 Vanessa Antoine, MD, is an obstetrician and gynecologist with Women’s Health Specialists.

Dr. Antoine began her education at Wofford College in Spartanburg, South Carolina. She worked throughout her time there to support herself and became a tutor for underprivileged students in 2010. After graduating with her Bachelor of Science degree in biology in 2010, she remained in the state to attend medical school at the Medical University of South Carolina in Charleston. Once she earned her medical degree in 2015, she began her residency training in obstetrics and gynecology at the prestigious Vanderbilt University in Nashville, Tennessee.

Throughout her training, Dr. Antoine earned several merit-based scholarships. She was awarded a place in the Gold Humanism Honor Society and retained involvement in many campus organizations. She even acted as president of the Minority Association of Premedical Students. Additionally, she spent a lot of her free time volunteering to help underserved communities and participated in a medical mission trip to Haiti in 2014.

Before studying gynecology, Dr. Antoine assisted in psychiatric research regarding the early use of alcohol and marijuana and subsequent sexual behaviors. In the gynecology program, she presented her own research about adnexal masses at Vanderbilt University.

Dr. Antoine frequently diagnoses and treats uterine fibroids, vaginal dryness, STDs, and more. She also performs routine gynecological exams to check in with her patients and teach them preventive measures for their sexual health.